Clean up the company’s VMF and automate the Company ID/Bank Account pairing controls to reduce the risk of fraud.

Carry out a complete audit of Decathlon'sVMF: analysis of errors, anomalies and mass data corrections.

A Vendor Master File without any error in 4 months and no more risks of non-compliance on supplier’s data within the framework of Loi Sapin II.

About : Decathlon is a French sports and leisure retailer, founded in 1976 by Michel Leclercq. 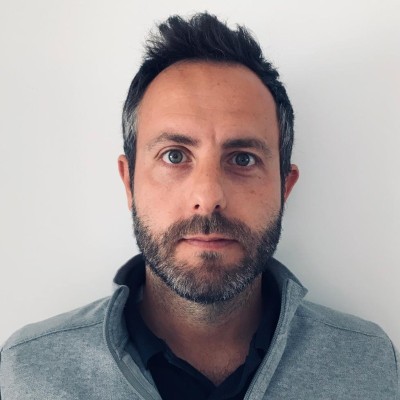 Over the last ten years, Decathlon has been the victim of several fraud attempts, including 3 cases which were not detected by the services and which fortunately failed thanks to the controls of the beneficiaries' banks. Facing this risk, the Company's Finance Department decided to strengthen the Company ID/Bank Account controls processes to fight against wire transfer fraud.

With Trustpair, the Finance Department no longer has to perform emergency consistency controls. It now benefits from a database of around 15,000 active suppliers with reliable data and validated controls for each of them.

“With Trustpair's control methodology, it is no longer just a consistency check that we run but an exact confirmation of the validity of the supplier: fraud risk no long exists”

In-depth cleaning of the base and review of internal processes

In the database of more than 22,288 third parties, the team was often confronted with the situation of bank rejections because of old accounts that had not been updated for a while. Invoices were paid in the name of company A and paid out of company B, as no one had bothered to check the invoice and request changes to the contact details or company name.

Reviewing processes from A to Z for greater efficiency and performance

This situation was recurring because the team could not verify that controls had indeed been carried out by the operational staff. At the time of modifying the new bank details: the team made counter-calls by phone, and all the associated steps. But sometimes people forget.

“Humans make mistakes, it's hard to compete with server accuracy and augmented intelligence.”

With Trustpair, in 30 seconds, you get reliable information before making any payment to a supplier. Sometimes, supplier checks take longer, as additional controls are delegated to Trustpair teams.

The automation of controls and the outsourcing of additional controls allow us to free up time internally so that we do not have to make phone calls or other manual action.

From now on, Decathlon's teams only carry out reinforced controls when there is a real expertise to be brought in because anomalies are reported by Trustpair. It is in these cases that the team brings its skills and expertise and demonstrates added value.

Going from ⅓ of errors to an error-free database to comply with Sapin II law.

At Decathlon, the Finance Department worked on a daily basis with a Vendor Master File  containing  more than 15,000 active suppliers out of 22,288 pairs registered in the base going back a long way. However, the team had no visibility on the actual status of third parties: were there any duplicates? Were any suppliers incorrectly created? Were all suppliers really active? Had any companies closed down?

“We asked ourselves the following question: is the data in our Vendor Master File correct? Trustpair quickly gave us the answer when the restitution of our third party database announced ⅓ of errors.”

Adopting Trustpair was all about cleaning up the VMF via an exhaustive audit and to have a reliable base to work with on a daily basis using the continuous auditing tool. Thus, the team is constantly reassured to have a clean third-party database, and everytime a supplier’s data has abnormal behavior, the Finance Department gets email alerts and notifications in real time.

The audit delivered by Trustpair allowed Decathlon's Finance Department to discover major errors and now respects the numerous procedures imposed by the Sapin II Law. The latter implies setting up KYS (Know your Supplier) procedures and also guaranteeing the cleanliness of our suppliers' information. 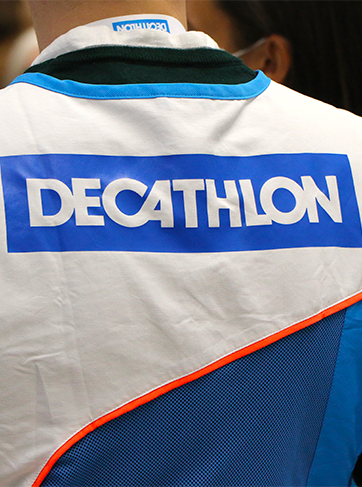 “With all the restrictions and fines that could be imposed: the Trustpair Audit allowed us to clean up the base to be in line and no longer be at risk with possible fines related to the French Loi Sapin II.”

The Audit project with Trustpair to clean up the Vendor Master File was carried out in 4 steps:

1. Extraction of the third party database

The first action to carry out the cleaning project was to extract the base according to Trustpair's technical specifications. This step required an upstream reflection on the technical parameters of the database in order to establish the fields that could detect errors: active, inactive supplier, etc. This is a key step in the audit: standardising the data to facilitate processing.

The second action of the third party base cleaning strategy is supported by Trustpair technology. Within a few hours, the solution delivers a global overview of all supplier-related data with different statuses: favourable, unfavourable, and anomalies.

The third action to ensure you have a clean VMF consists in taking the time to analyse the audit feedback. This is the most constructive step as it provides a good understanding of the errors in internal control procedures made in the past. Why is an IBAN incorrect? Why does the VAT number indicated not correspond to the supplier? etc.

“During the VMF phase, we were extremely lucky to be accompanied by Claire, Customer Success Manager at Trustpair. We spent some time together analysing the audit results in order to fully understand the types of errors. This support enabled us to make decisions: to adjust the internal audit process to avoid future errors and to correct existing supplier data.”

With Trustpair's audit feedback and support, we had all the tools we needed to correct our Vendor Master File. Trustpair's technology offers smart suggestions of company data (VAT, SIRET, or foreign equivalent), which saves a lot of time when correcting third parties with anomalies.

In four months, we have gone from a Vendor Master File with more than 6,505 errors and anomalies to a completely healthy database. We have also been able to implement new internal control systems to avoid repeating the same errors made in the past.

“We chose Trustpair for its strong values: co-construction of the solution, listening to customers, flexibility, dynamism and agility.”

No more risk of non-compliance regarding supplier’s data

With the Sapin II Law, the Financial Departments must implement KYS procedures and be responsible for the cleanliness of our suppliers' information. With all the restrictions and fines that can fall: the Trustpair audit allowed Decathlon to clean the base to be in line and no longer be at risk with these fines (up to 1 million euros per company).

Nearly 4,770 third party lines have been deleted or corrected thanks to the automatic suggestion of the data by Trustpair, i.e. one third of the third party supplier database at Décathlon. Thanks to this, payment errors are avoided and the team is serene about the respect of control procedures and the risk of fraud in the future. The continuous audit of the third party database enables Decathlon's finance team to be alerted in the event of a change in status, and therefore to control the data over time.